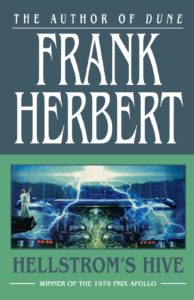 A mad entomolgist’s efforts to create a utopian society filled with members bred to sacrifice themselves for the survival of the collective hive has become the world’s greatest threat. The outside world becomes more and more suspicious over Dr. Hellstrom’s unusual farm and scientific studies, labeled as Project 40.

When agents are sent undercover to discover what might be happening at Hellstrom’s Farm but then disappear, the agency becomes highly alarmed. More agents are sent in but no one is prepared for discovery of the absolute abomination that Dr. Hellstrom’s Project 40 has become.